Tears of joy are shed, champagne glasses are clinked and a note adorned with hand-calligraphy reading, “Will You Be My Bridesmaid?” sits on the table in front of you. It’s a milestone moment in any friendship – a rite of passage that signifies the ultimate level of ‘BFF’ status . . .  So why are you freaking out inside?

Anyone who’s ever been one will tell you that being a bridesmaid isn’t all dress fittings and spa days. It’s handling social awkwardness, dodging childish competitiveness, coping with financial stress and striving for ultimate subservience. That’s why we all laughed hysterically as we watched Kristen Wiig and Rose Byrne battle it out on the big screen in the comedy hit Bridesmaids. The uncomfortable truth about being a bridesmaid was finally being exposed, and boy was that a relief. Being asked to be a bridesmaid is a wonderful thing but the fact remains that the coveted role can really take its toll on an emotional and financial level.

Not long after the question has been popped, the magic is soon snuffed out as the reality of what exactly you’ve agreed to comes crashing down. The beginning of the disillusion is usually signified by a fateful phone notification. It’s an invitation to join “THE BRIDE TRIBE”, the official bridesmaids Whatsapp chat in which over half of the other phone numbers in the group are just that – numbers. While you might be lucky enough to know one or two of the other bridesmaids, there’s likely to be several who up until now, you didn’t know existed. The first message comes from the maid of honour. She pitches the group as a space where everyone can chip in with ideas for the hen do and other surprises for the bride-to-be. Soon, you’ll discover that it’s actually a digital arena where bridesmaids passive-aggressively compete for the position of the most dedicated, most devoted and most loyal among you. 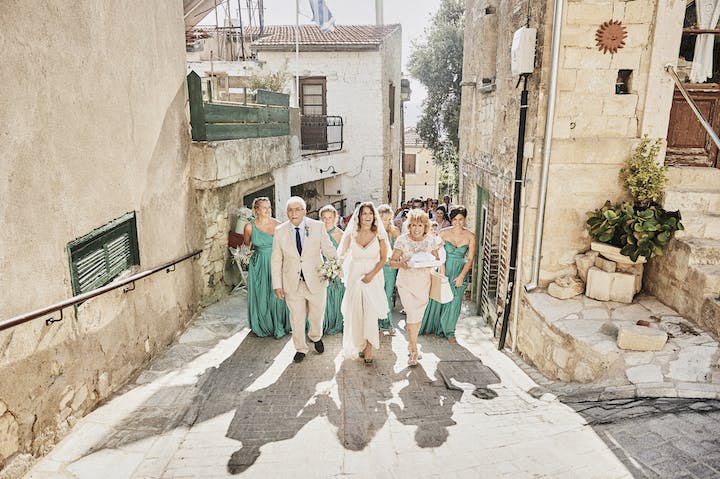 It’s in this group that you’ll first witness the unique bridesmaids’ personalities come to the surface. There’s the wild university friend who immediately sends a link to a ‘Butlers in the Buff’ agency, the sentimental school friend who suggests making a two-hundred page scrapbook filled with mementos (who has time for that?!), the uninterested sister- in-law that barely sends another message after the initial ‘hi guys!’ and the self- appointed organiser who takes it all a little (or a lot) too seriously. And then there’s you, caught in the grips of social anxiety, trying to figure out where you fit within this odd bunch of different personalities, different tastes and of course, different budgets.

A recent survey revealed that over one third of bridesmaids go into debt in the lead up to the wedding. In today’s social-media driven society fixated on wedding perfection, members of bridal parties are under immense pressure to prove their commitment through financial expenditure. Everyone knows that being a bridesmaid can be expensive, but ‘expensive’ is a subjective term. Depending on your financial situation, receiving a message stating that the hen do will take place at a private villa in Ibiza with fifteen women you barely know will either have you barely blinking an eyelid, or rushing to the nearest toilet to be sick. In the world of bridesmaids, financial commitment is often equated with care and dedication, and saying you’d rather spend that holiday time and money on a trip with close friends who you actually do know know risks inviting harsh judgement from the rest of the ‘bride squad’ or even being kicked out of the hen house altogether. 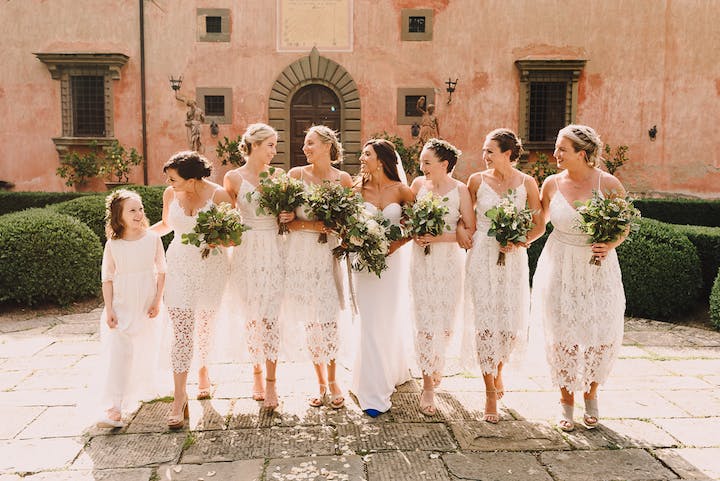 It’s a high-pressure, high-stakes dynamic and one that is uniquely tense on the bride’s side of things. Take the stag and hen do for example. There’s one fundamental difference between these ritualistic pre-wedding events and that is their raison d’être. At a stag, the purpose is simple; it’s to demean and degrade the stag through whatever means necessary. A successful stag night ends with the groom-to-be running drunk and naked through the streets of a foreign city, trying to find his way back to the dirty (but affordable) Airbnb. At a hen do, the purpose couldn’t be more opposite. In an almost medieval fashion, the bride-to-be is the queen of the hens and as bridesmaids, your duty is to venerate and revere her. You act as her ladies in waiting, addressing her wishes as your commands and running around at her service; the more you inconvenience yourself, the better of a friend you are.

But remember – the reason why you’ve been asked to be a bridesmaid is because of how special a friend you already are. If someone gives you the honour of being a bridesmaid, it’s because they cherish your friendship and want you to be involved in one of the most memorable days of their life. This isn’t supposed to be some challenge to test the lengths that you will go to for them and it’s likely that your bride would be mortified if she knew you were breaking the bank on spa days or breaking your back trying to out-do the others.

There’s no denying that bridesmaids have a burden to carry but that’s not to say that it’s not worth it. What could be more special in a friendship than standing by your BFF as she starts a whole new life chapter and vows to “love, laughter and happily ever after”? Manage your burden and make the most of the glorious experience by drawing boundaries keeping your head above the petty politics and remembering why you’re all there in the first place.

HOPP Team
Written by our Team of HOPP Experts.

Gifting ideas with The Gift Consultancy London and Hetty Lintell