We plan parties for a global client-base, from marquee weddings in the English countryside to milestone birthdays in London warehouses to celebratory long weekends in Europe. No party is too big or too small.

With our calm, confident manner and attention to detail we efficiently orchestrate every element of the party from start to finish meaning you can relax and enjoy yourself. Each party is unique, we work closely with you and pride ourselves on producing a party that reflects your character that not only looks good but also has great energy.

We have an extensive network of trusted suppliers and are always on the lookout for new, fun and innovative ideas. 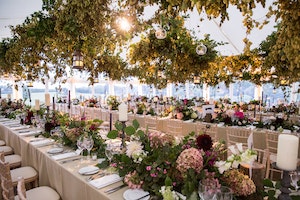 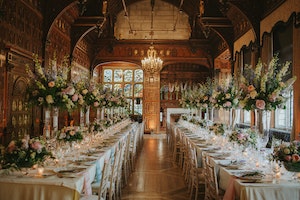 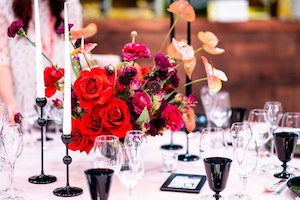 Do you provide CAD plans?
Do you have public liability insurance?
When was the company started?

All our suppliers have CSR Policies. We try to recycle materials used on events and we try our utmost to be plastic free. Flowers are donated to hospices after the events.

One of the most creative parties we organised was a Wes Anderson-themed 40th birthday party for 400 people in a privately-owned stately home. We had the run of the house, and we themed each of the 4 interconnecting downstairs rooms after a Wes Anderson film. We let our imagination go wild! To set the scene, we created a surreal first impression for guests as they arrived up the drive, with a series of giant inflatable animals outside the house, and a 30' inflatable octopus with its tentacles emerging from the windows. The main hall was themed after the Grand Budapest Hotel, with barmen dressed as bell boys, and hundreds of umbrellas on moving rotors suspended from the ceiling. The Drawing Room was turned into an Indian train carriage from the Darjeeling Express, showcasing a feast of curries. The Library was themed as The Life Aquatic with diving paraphernalia from under the sea; and the Music Room was themed as Fantastic Mr Fox, where we created a woodland tunnel across the room, with a foxhole, and an actor dressed up as Mr Fox, surreally playing an organ. For visual effects, we video projected each film, which turned into a laser show as the evening progressed. For music, we had a team of 5 DJ's who played until the last man was standing at 6.00am. What was our biggest worry? The music was so loud we thought the windows would shatter...

One of our best weddings was a stylish wedding for an English/international couple, which we created at Wrotham Park. The bride and her mother had a vision of an Italian garden in the marquee. We built giant Farrow & Ball-painted mirror-backed trellis structures, and installed them around the dinner marquee, reflecting and refracting the light, and creating a sense of the garden outside being brought in. The marquee ceiling was hand-painted to give the impression of the sky, crystal chandeliers were suspended from the ceiling. Large vases of lime green Bells of Ireland floral displays hovered over the tables on their clear plinths, with fuschia peonies and sweet peas adding texture and a colour pop. The overall effect was breathtaking and undeniably chic. After dinner the nightclub was revealed, with a deliberate style contrast to the dinner marquee. Bright jewel-coloured nightclub sofas and armchairs clashes with the vibrant floral arrangements in disco ball vases on the bar. We worked with all of the following HOPP suppliers at this wedding: Invitations: Pemberly Fox Marquee: JB Marquees Catering: By Word of Mouth Cocktails: The Rum Runner Band: Velvet Entertainment DJ: ALR Music Flowers: Rob Van Helden This was a real dream team!

We are always on the search for new ideas. Our most usual go-to sources are interior designers, art galleries, restaurants, fashion designers and anything to do with travel. Everything can be translated into a party!

Yes, we are always onsite from before the first supplier arrives until the supplier has left, and the site is left as spotless as it was at the start.

Keep building the energy, so you build the fun at every stage and end on a high. Apart from that there are no rules!

After an initial brainstorming meeting with the client, we put together a complete budget and moodboard based on everything we discussed. We procure comparative quotes from a variety of suppliers to give the client a choice in both style and price point. Together with our client, we go through the budget working out where they want to spend and where to save. We also suggest expert ways to maximise their budget by focusing on aspects that will give the biggest impact without blowing the budget. We send updated budgets after every meeting, so that our clients are able to keep track of where they are financially at all times. We are precise about staying within budget, to ensure there are no surprises after the party.

We work with a huge range of suppliers, and because we choose not to be tied to anyone specifically, it allows us to recommend to our clients the best suppliers to suit their style, budget and character. In addition, we can work with any suppliers our clients would like to bring on board.

We are big believers in the alchemy of partying. In order for the energy to develop during the evening, it's our job to make sure we are one step ahead of the guests revealing different aspects of the party as the night progresses, and always leaving guests wanting more. A party should always end on a high!

We are totally transparent in how we charge. We do not mark up any supplier costs and do not take any supplier commissions. The only income received is from the fee. All negotiated discounts are passed on directly to the client. We work in this way to get you the best and most honest prices, which enables us to give our expert opinion based on what will best suit each client, rather than due to receiving supplier backhanders from companies who might not suit the style of the client. We choose to do this to build trust, so that there is a happier working relationship and a better party overall.

"“What an amazing night. Words fail me. You are both geniuses.”"

"“You have been the most wonderful organiser and hand holder to us over the last year and a half. Everything you suggested, did, masterminded, arranged and oversaw was absolutely the right thing. We could never have organised it ourselves and if we had managed to produce something approaching a party ourselves we would have had to spend our time before and during the party worrying about this and that. None of that was necessary and so we were able to bask in the sheer happiness of the whole event, surrounded by everyone we love the most.” "

Joint family party in a marquee at home

"“I just wanted to say the most enormous thank you to you both, you were quite simply brilliant, from beginning to end, it has been an utter joy and it was more incredible, beautiful and all round wonderful than I could have ever imagined. Thank you from the bottom of my heart.” "

Wedding at One Marylebone, London

"“I can’t imagine throwing a big party without Albion at our side. You did such a good job of hand-holding, guiding and decision-making; always two steps ahead of my questions and emails. It was a learning experience I shall treasure! The party was wonderful and thanks to your team, totally pain-free for me!”"

Katie & Charlotte = WOW! Albion Parties was started by these two great friends, and they have assembled a fantastic team, capable of throwing your dream party - whether that be a wedding in St Tropez, or a bar mitzvah in London, this wonderful team should be right at the very top of your list. 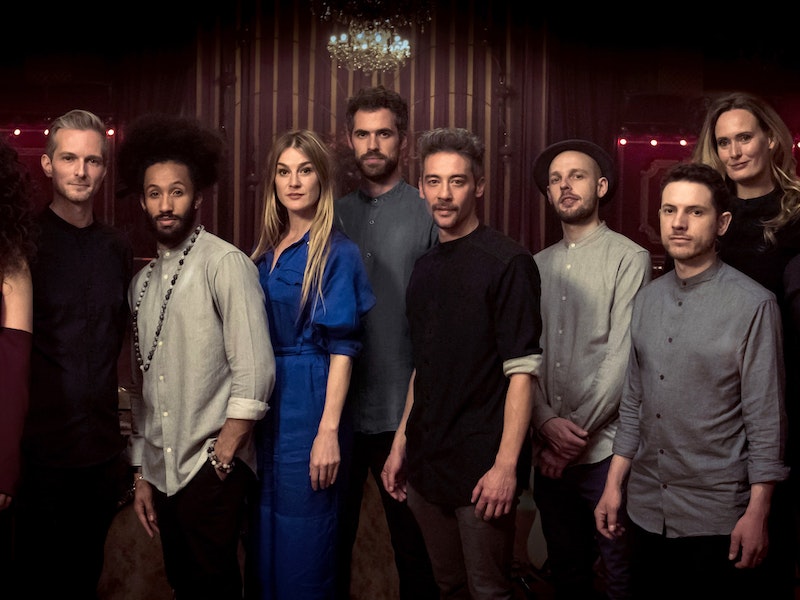 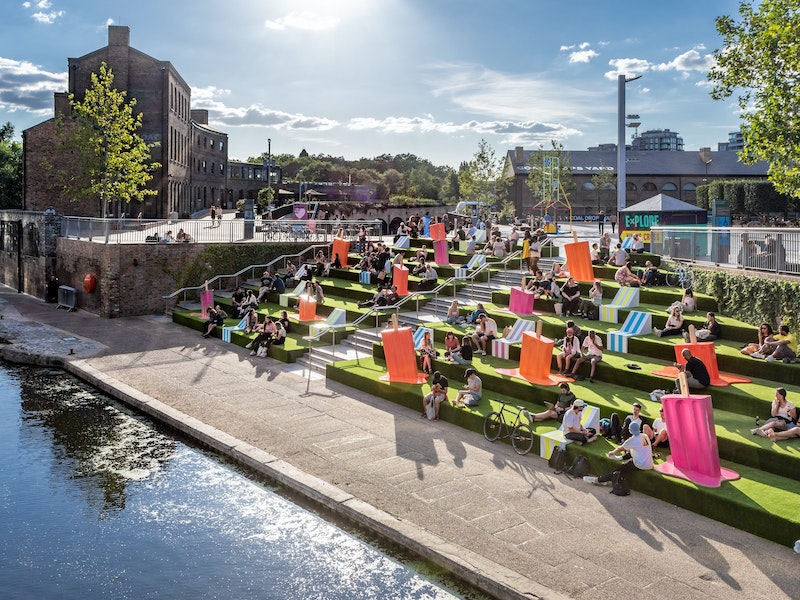 Are you looking for an innovative immersive experience or a social-media-melting product launch... 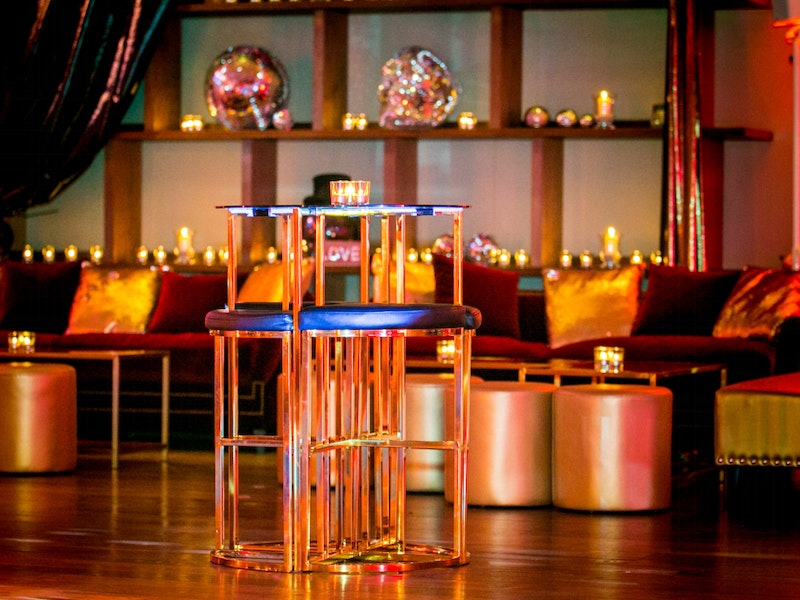 Lounge & Linger are the go-to for tailored interiors. They have established roots in the creative industries, supplying to and designing events... 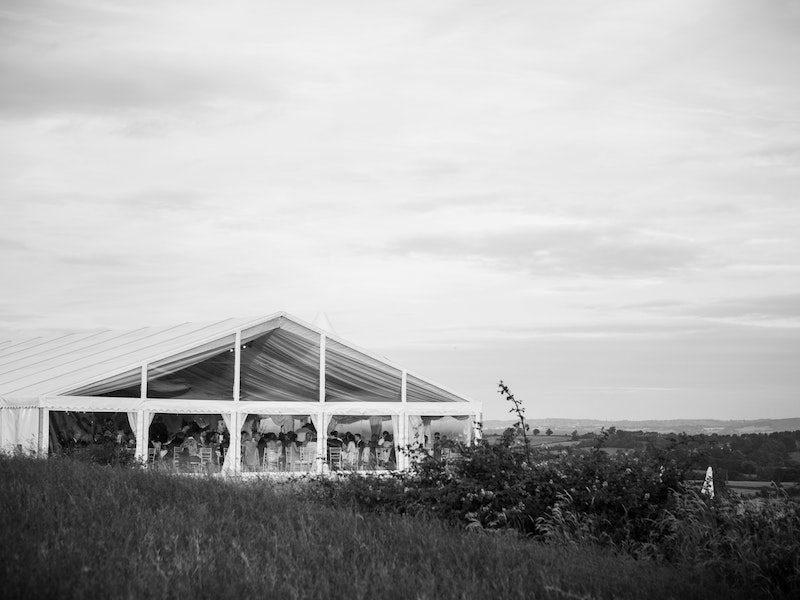